Welcome to the happiest site on the internet! 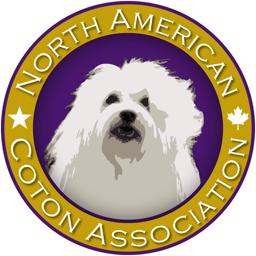 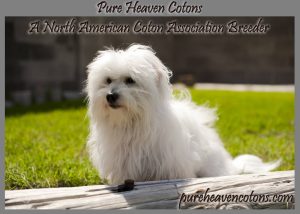 I have dedicated myself to excellence in breeding your next four-legged family member. My Cotons are Health tested from Champion bloodlines, bred to the FCI Standard.

Lovingly referred to as the Royal Dog of Madagascar. The Coton de Tulear is from Madagascar island a large island off the southern coast of Africa. This breed is a distant relative of the Bichon. The Bichon Tenerife traveled from the old world to Africa on ships. Often used to comfort the ladies on long journeys and keep pest populations down on the vessel. Along those travels, they visited Reunion Island, where the now-extinct Coton de Reunion evolved. They then traveled to the nearby island country of Madagascar and became the Coton de Tulear.

The first part of the Coton de Tulear is named primarily because its hair feels like freshly spun cotton. The second part of its name comes from Tulear’s port city on Madagascar’s island (now called Toliara). The Coton de Tulear is one of the few modern breeds developed through natural selection and comes in various colors.

This small to medium, friendly dog caught the fancy of the Malagasy royalty, and they were the only people allowed to keep Cotons. When Dr. Robert Jay Russell discovered Madagascar’s breed in 1973 and brought the first ones to America, he coined the Royal Dog of Madagascar, and the name has stuck. They were imported occasionally into France by returning French colonists but were not officially imported to Europe until the 1970s.

The Coton de Tulear is a loving, active, and genial breed. With a happy, go-lucky personality. These dogs are very adaptive to the needs of their owners and have very few genetic issues.

Pure Heaven Cotons is dedicated to the genetic purity of the Coton de Tulear. I define that as purity in the breed’s genetic health; this is what makes this breed such a wonderful dog. This purity allows our Cotons to suffer from very few health issues. It provides life spans of up to 18 years in a small to medium-sized dog breed, which is fantastic. That life expectancy, combined with a few health issues, makes for a great affordable pet. If you look at most dog breeds’ average cost, the initial investment is a small amount. But as they age, vet visits increase, genes start to come into play, and the price increases dramatically.

A perfect example is my cat, Midget. Midget was a five-dollar cat, which was refunded when shown proof that he was neutered. But over many years, he cost more than several Cotons in vet bills. Health issues started to arise, examinations and surgeries (teeth pulling, blood work, and other tests) and the eventual diagnostics of Cushing’s Disease, rare in cats with no known treatment or cure. This lack of lineage and testing resulted in expenses beyond the initial cost of the pet.

So, while the Coton de Tulear is not genetically perfect, our lines are traced back many generations. Our breeding and show dogs are all OFA health tested with accurate and honest reporting. I strive to provide the best quality of life environments, care, treatment, and upbringing I can provide. We spoil all our puppies before they ever reach their new homes! 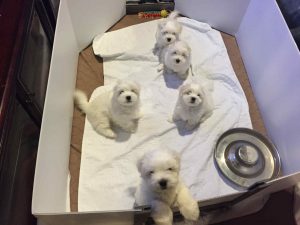